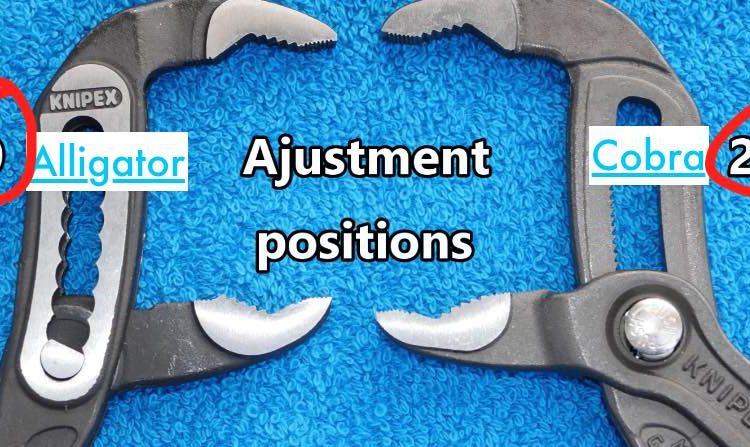 Ok, so you may be really into having cool pliers like I am. And maybe you were wondering what the heck is the difference between the Knipex Cobra and Alligator line of pliers. You, like me, may have noticed that they both come in a three pack set on Amazon and the exact same sizes (7, 10, and 12-Inch pliers). I wanted to find out what the real difference was between these pliers so I did some research and found out it is pretty simple. 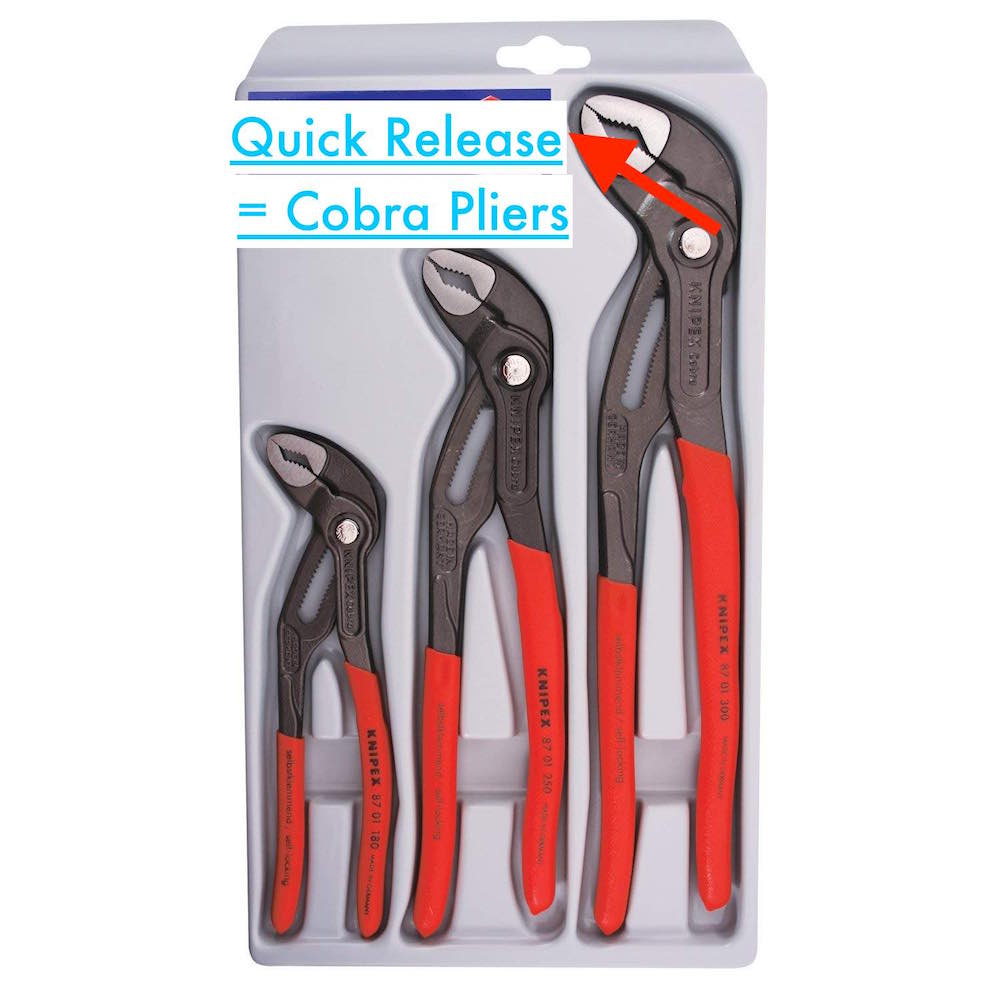 Unlike the Knipex Cobra, the Alligator line of pliers do not have any button to adjust the opening of the jaw, and it is done manually. There are pros and cons to both, with many people enjoying the quick release feature of the Cobra pliers for automotive work. However, with the quick release button, you lose a tiny bit of versatility as the pliers are slightly thicker where that button sticks out.

Therefore, for automotive use (mechanics) either plier set is a PERFECT buy, however, by mechanics, the Knipex Cobra set is the more preferred choice. The Knipex Cobra pliers are probably the best quality pliers you can get on the market, and they aren’t even the most expensive.

I found two awesome prices on these Knipex sets on Amazon. They are both 3 piece Knipex pliers set that are perfect as a beginner starts to having good pliers as an automotive mechanic of DIYer. Many professional mechanics would tell you this is the FIRST set of pliers to buy, then fill in with needle nose pliers, etc.

. Or if you want to save a little bit of money you can buy the same 3 piece set, but the Alligator set here

. There is about a $20 difference between the Cobra and the Alligator plier sets (Cobra’s being more expensive).

People Generally Like The Knipex Cobras for Mechanic Work: 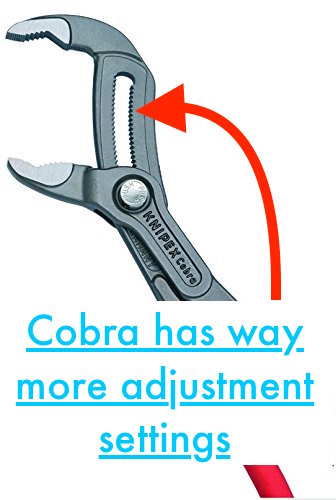 It is a personal preference, some people love the Alligator pliers as well. However, for only $20 more it is a safer bet to just buy the Cobra set. They are quickly adjustable, you don’t have to open them up huge like the Alligator pliers in order to adjust them, and they are only slightly more expensive. Many people highly recommend the Cobra set, and at less than a $100 it will get you started on working on cars quickly and easily.

Other Important Pliers For Automotive Work:

A good set of long needle nose pliers are always necessary. The ones I have, and truly have enjoyed using over the years, are the Gearwrench X-cross style pliers

. The one thing to look for when buying needle nose pliers for automotive work is to make sure they open up wide and have a good long length. It is also helpful to have pliers that are bent at different angles, like the Gearwrench set on Amazon above.

I also love using my vice grips, and there is a PERFECT vice grip set

on Amazon for mechanics here. It has all the different sizes and styles you will need for working on cars, and trust me these will come in handy more than you think. Everything from pinching hoses to removing rounded bolts, vice grips are awesome.

. If those seem a little expensive, then grab a cheaper XL Channellock plier set.

Features of Both Cobra and Alligator Knipex Pliers: 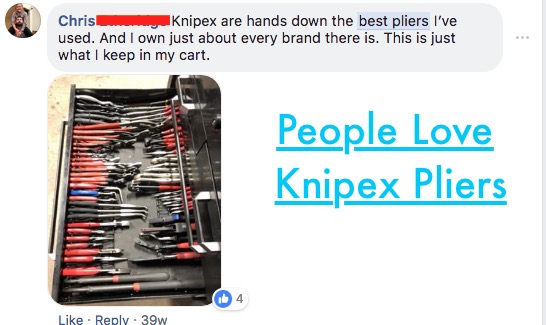 Plus, I hope this helped you understand the difference between Cobra and Alligator Knipex Pliers. The differences aren’t very big, but definitely helpful to understand.

If you want to see an entire list of all the tools you need to work on cars check out my post here— complete with photos and descriptions.

Or check out my post on the top ten cool tools every invented for car repair. Do you own any of these?

Does anyone know why they are called water pump pliers? I assume just because they were made to be used on water pumps, but I imagine that most mechanics are not using them on water pump bolts. If anyone knows to get in contact and let me know!