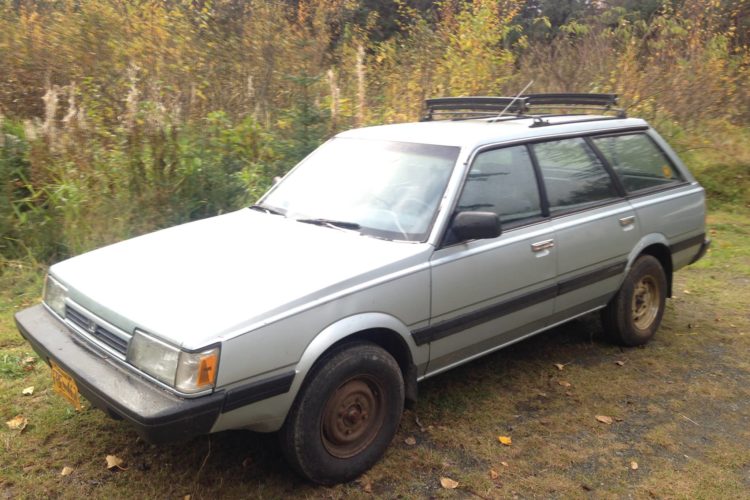 What will it take on your part? Being smart and patient and setting up some good Craigslist alerts. When this kind of cars pops up you want to be the first to know about it.

Another pro tip to getting a great deal on a beater car — go around to local shops and leave them your contact information on a couple of business cards. Tell them you are looking for a beater car that will still run (maybe with moderate work) that a customer just wants to sell. Oftentimes, they will find tons of cars that won’t pass smog or need some amount of work that at a shop is more than the car is worth. Therefore, they tell the owner it is a better investment to buy a newer car (but you can fix the car with scrap or used parts for very cheap).

Without further time wasting– here are my top ten favorite beater cars in 2019 you can find under $2000. 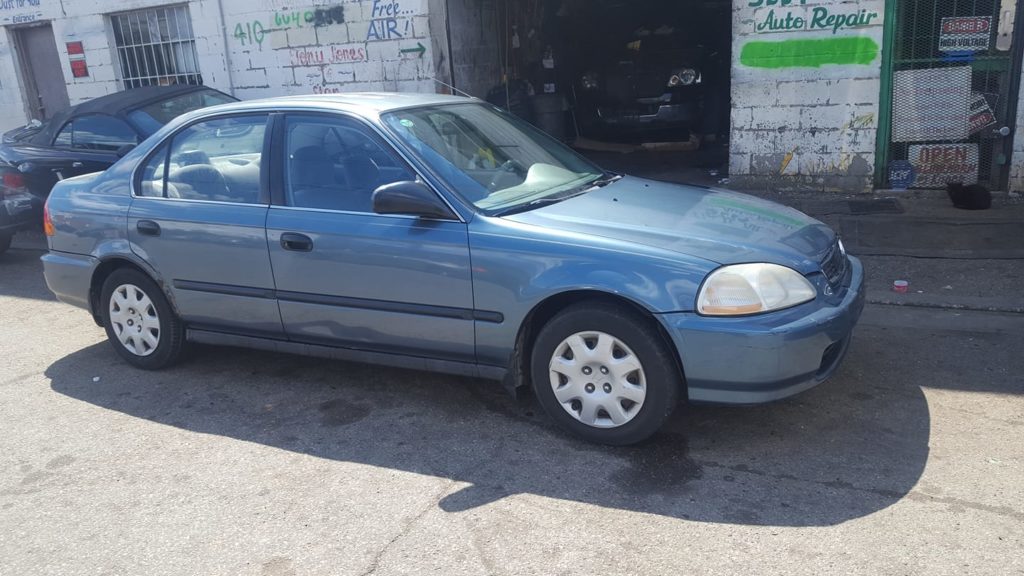 I say 1996+ because that is when the Honda got OBD2 systems. Making it much easier to diagnose and find problems with the car. Especially if you live in California as I do. Buying a pre-1996 car that doesn’t pass smog can be a huge headache. I highly recommend buying a car that has OBD2 capabilities for a beater car– that way with a $30 cheap scan tool you can be well on your way to fixing electronic problems cheap.

Why is a Honda Civic so great as a beater?

They drive amazing, handle great, and get exceptional gas mileage. Plus anyone can work on them, and they tend to last forever. Oh, and did I mention? Super cheap parts. Available everywhere.

DO NOT BUY ONE THAT HAS BEEN MOLESTED. Shop for the seller, do not buy one that has aftermarket rims, glue on parts for Autozone, or cut springs. People love to absolutely butcher Honda Civics– find one that is stock and you will be set!

Pro tip: install a kill switch (hide it) somewhere on the car and it will make it nearly impossible to steal for the common thief. These cars are known to be stolen (pretty much all you need is a screwdriver). Spend the $10 and a couple of hours and just wire in a kill switch. Flip it off when you park somewhere sketchy, and if someone tries to steal it no matter what they do it won’t start (unless they find your hidden switch).

Ok, these are just overall amazing trucks. In California, it can be near impossible to find one of these for less than $2000.

In other states, it is likely easier, and the 22re engine is near bulletproof. Once again, it is up to you if you want to go pre-obd2 on these trucks (1996 and older) but if you live in California the 22r (carbureted version) can be really challenging to get to pass the emissions tests.

There are shops near me that specialize in repairs needed to get the older 22r engines to pass smog. They are a big money maker for them– so, be sure to buy one that has passed smog in the last 90 days for California title transfer. Otherwise, be ready for a headache when it comes to smog testing.

Not in a smog state? Then grab whatever Toyota truck comes with a 22r engine and ride it until it dies.

The one rule of thumb when buying cheap Toyotas is to avoid one thing like the plague– the dreaded 3.0l engine. The 3.0l was quite possibly the biggest blunder in Toyota engine history.

Why? It blew head gaskets. Like all the time. It was also slow, hard to work on, and had a crazy amount of vacuum lines going everywhere.

The better engine? Once Toyota introduced the 3.4l V6 everything changed. The 3.4l compared to the 3.0l is night and day in terms of reliability and ease of repairs.

Get anything with the 3.4l engine and a manual transmission. Avoid the 3.0l and avoid the 22r engine (carbureted) if you are in a smog state. Or make sure the buyer provides a current smog certificate in the last 90 days for title transfer. 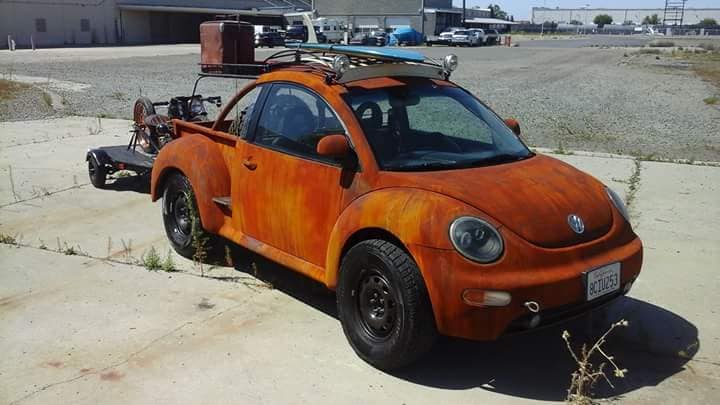 Don’t buy a Volkswagen beater if you don’t want to get dirty. But the older TDI VW’s have a pretty much bulletproof engine (if taken care of) and will get you great gas mileage.

I had a 2003 VW Jetta TDI with the ALH TDI turbocharged engine. The turbo had gone out for the previous owner and he basically gave me the car to get rid of it.

I swapped the turbo out with one I bought on eBay (OEM used) and it ran great for another 100,000 miles.

Pro tip: Make sure the owner has done regular oil changes. Avoid automatic transmissions with the diesel VW engines (the engine will outlast the transmission). 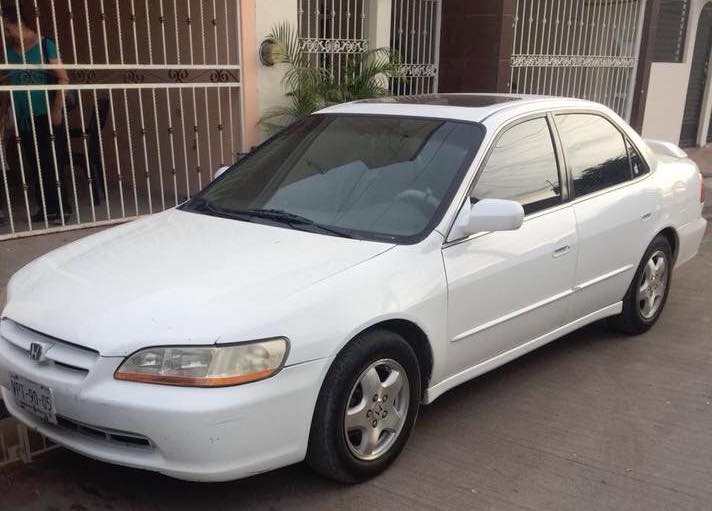 Roomier than a Honda Civic and more likely to not be destroyed by a hacksaw and an overzealous high school teenager.

The sixth generation (1998-2002) can be found pretty cheap. They get great gas mileage and come with the same reliability as the Honda Civic from the same generation.

Personally, I love the smaller and lighter Civic. You can literally throw it around turns and slide the rear end out with the emergency brake anytime you want. And get 30 miles per gallon while doing it. Plus, they look great in my opinion. 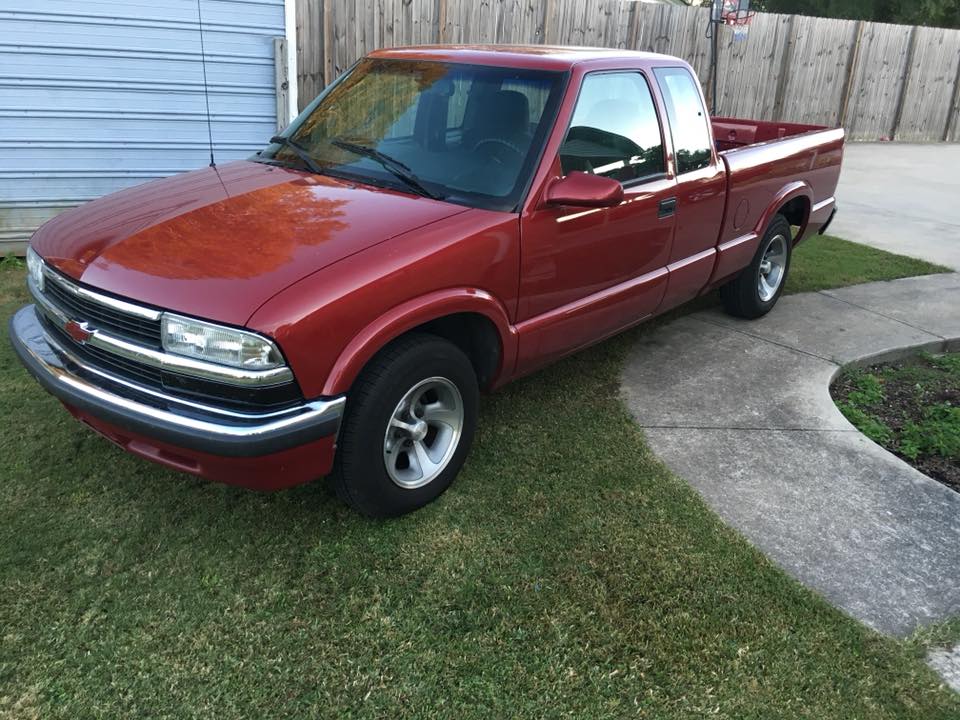 A time-tested pretty solid little truck. Made for 1981-2004 in North America they are a well-liked domestic small pick up truck.

Get it with the manual transmission and OBD2 if you like working on it yourself. Go with whatever runs good but they do make a V6 version as well as a four-cylinder engine. 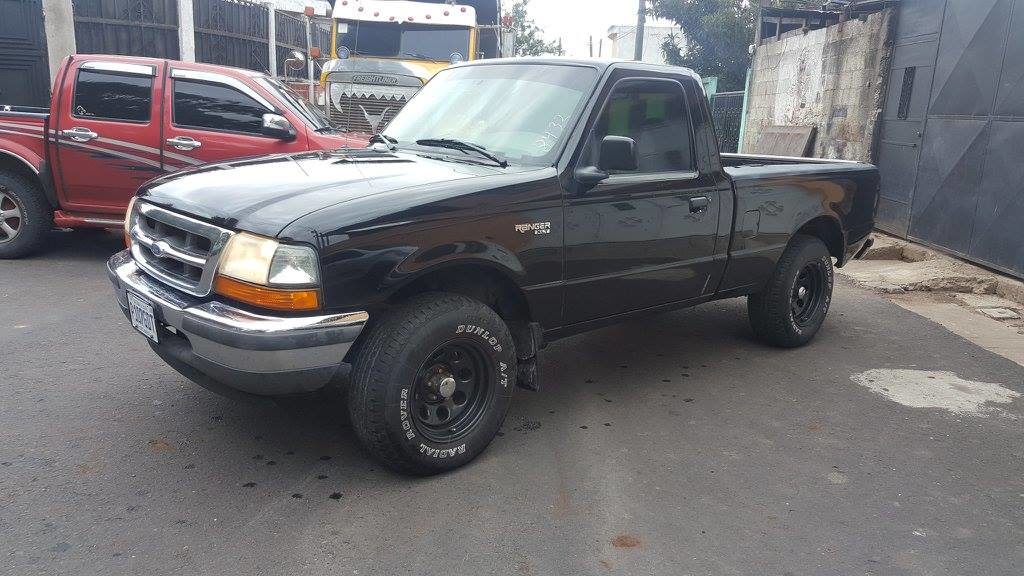 Another one you can find for cheap. I recommend getting a manual transmission and a four-cylinder engine in your beater.

A great car you can find for cheap that somebodies Grandpa drove around town. Easy to work on, and parts readily available. Perfect if you can’t afford a Toyota pick up, but want a good beater truck.

Cons: they aren’t really that good-looking in my opinion. They also drive like they are floating down the road, and feel just bulkier and heavier than their Japanese competitors (Toyota pick up).

Pro Tip: Any Mazda B-Series truck between 1994-2009 is just a rebranded Ford Ranger (the same truck). Look for both if you want one. 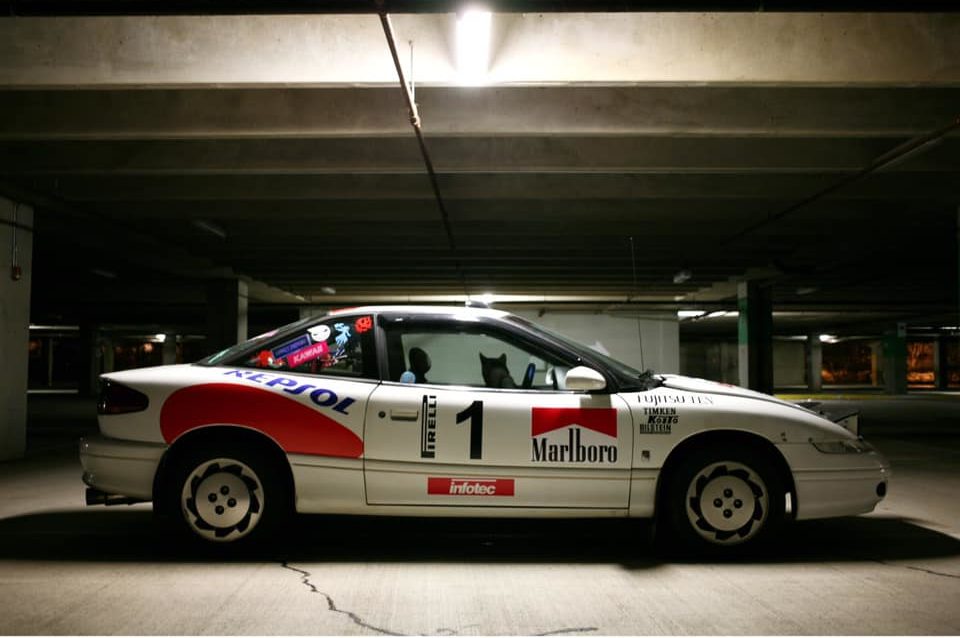 Yes, Saturn doesn’t make cars anymore. But the S-Series were reliable, got great gas mileage, and are easy to find parts for (online or at junkyards).

They make the perfect under $1000 beater car. Pick one up cheap that someone has had sitting in their driveway and get it running for cheap. Or better yet find one that someone doesn’t want to pay a shop to fix and snag it for cheap. 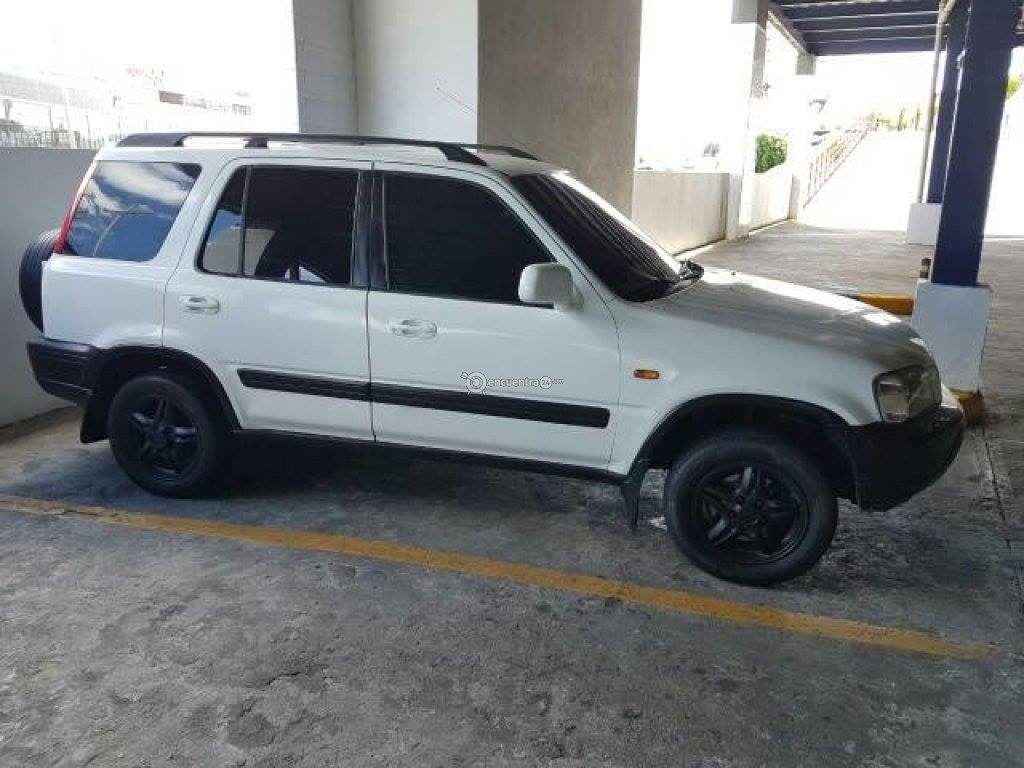 So the Honda CR-V is a great car. They also make great cars to pick up for cheap as a beater.

That is if you are good at working on cars. Why? Because they are expensive to repair and owners will decide to sell the car instead of replacing certain components.

For example, they are more expensive than other cars for tires (replace all four at once) and they also have both front and rear CV axles. Repairs can start to add up if the person is going to a full priced auto shop and paying top dollar for the parts.

The 1990’s Jeep Cherokee with the 4.0l engine was well-loved and you may have trouble finding one for less than $2000.

But if you do, and it runs, then you should probably buy it! These things are beasts, and many people regard them as one of the most reliable Cherokee’s Jeep ever made.

Cons: Gas mileage is very bad and you may become addicted to upgrading it. Hard to find in good condition.

You can definitely find a good beater car for cheap. It takes some hunting and some good Craigslist / Facebook marketplace / Letgo App searching. Keep an eye out, and even go drop some cards at local body shops/auto shops.

People are trying to dump their old cars for any reason and they will sell them for cheap. You just have to be in the right place at the right time and be the first to see it.

You can’t really go wrong with any of the cars above if you know how to do a used car inspection first. Don’t forget too about the other models of Toyota’s and Honda’s that are very well-liked and reliable (Camry, Corolla, Del Sol, CRX etc).